It’s not often that a villain is celebrated but when one does, you know that he has justified the character as deeply as it could be done. Some villains are as epic as their superhero counterparts, thanks to the beauty and novelty of the fiction created and it indeed is true that a real devil of a villain actually makes the beholder adore their favorite superhero all the more. Talking of super villains, who hits your mind first? A lot of minds would say “Joker”, I am sure, and thus, here are 17 Curious Joker Quotes that might have intimidated Batman too!

Also Read: This Giant List Of Batman Quotes Is Gonna Make Your Day

1. To Hell With Rules 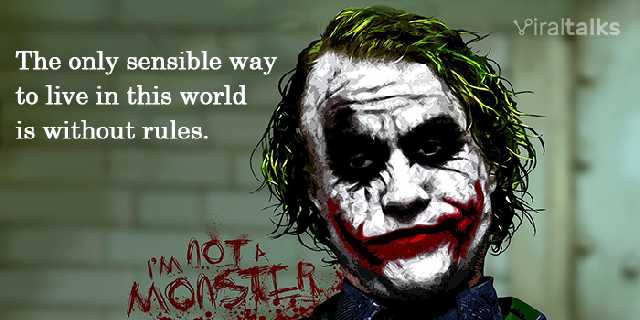 The world is so senseless that it would be better if there are no rules to oblige by, says Joker. True, maybe not? 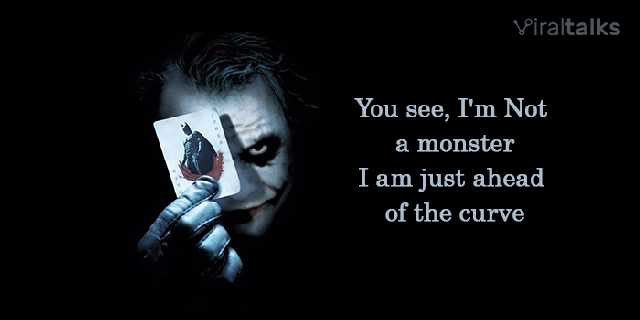 Joker – a monster, a psychopath, a sociopath, all of them or none – you decide! 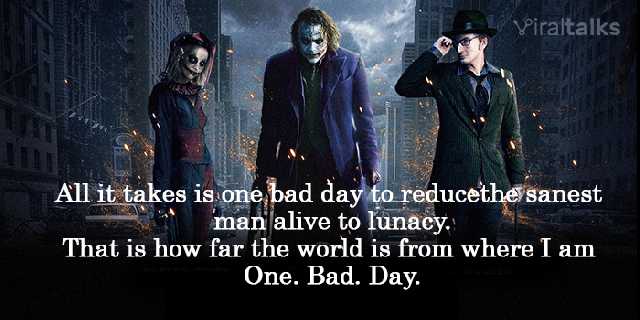 This famous Joker Quote can give anyone the goosebumps and chills of the “One Bad Day”! 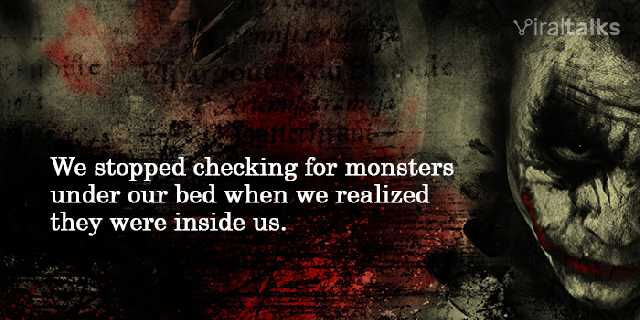 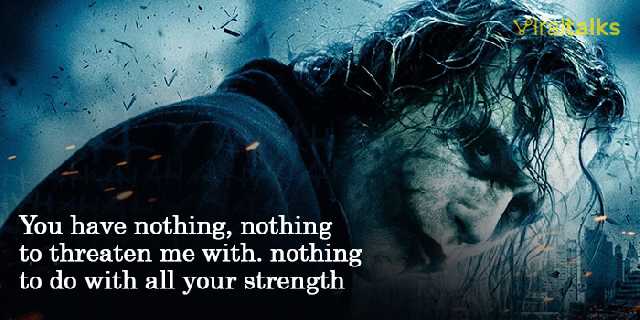 They say that people who have nothing to lose are the most dangerous. Example much? 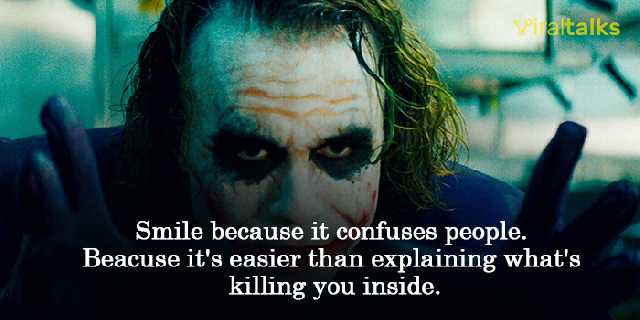 So, careful! If somebody passes you a smile tomorrow, you know it can’t be good for sure. #SadistAlert 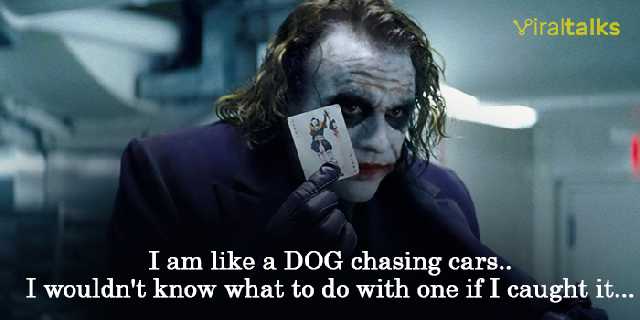 Joker simply enjoys playing with Batman, humans, life and totality in general and this is one mere analogy. 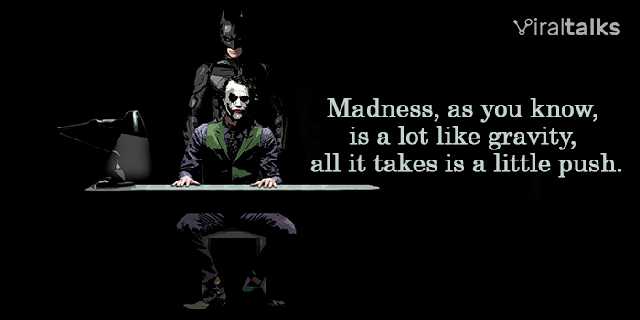 Oh yes, madness is equaled to gravity indeed and Joker well explains how. 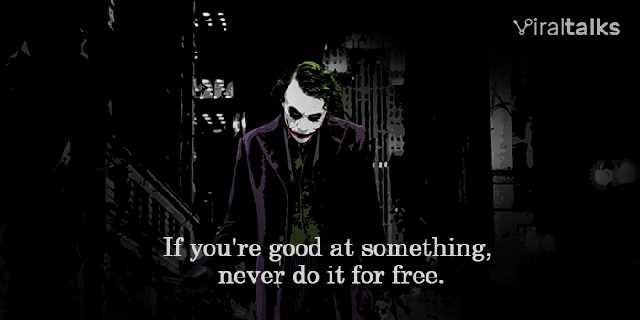 Everyone has a specific talent or more; Joker perhaps is right in advising to not to do it for free! 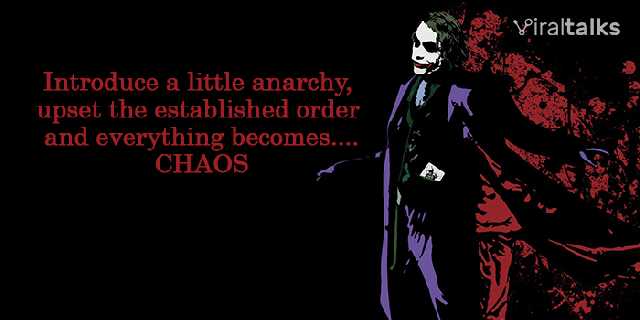 Joker believes in the little tricks that make a massive impact. Probably inspired from the “Butterfly Effect”. 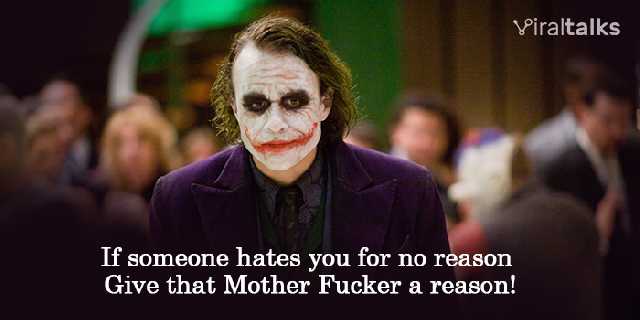 One would want to sort out the matter with the other or ignore it altogether. Joker though has other plans for people with hatred. 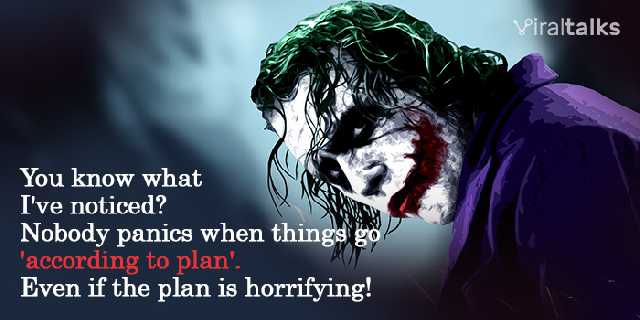 This Joker Quote is as famous as the truth behind it, i.e. a lot! 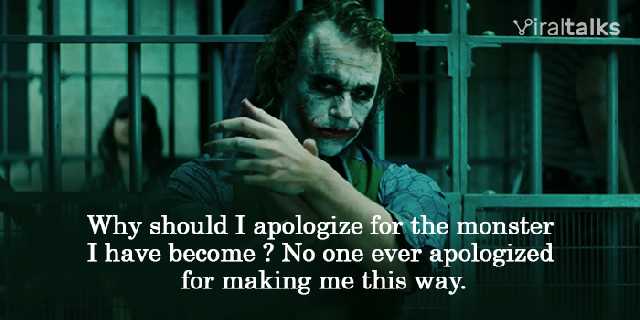 This quote is a perfect satire of the society. Nobody is born a particular way but he is made so by the society. 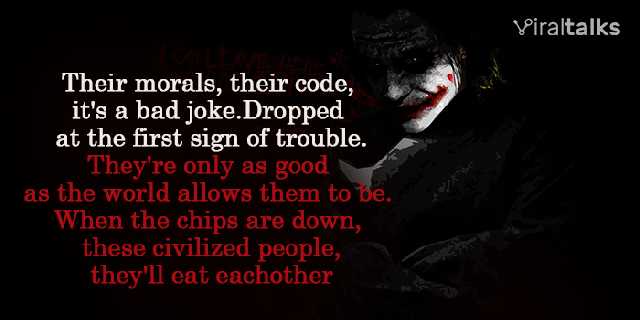 Another Joker quote, full of irony around how people in general are. Good till they can afford to be! 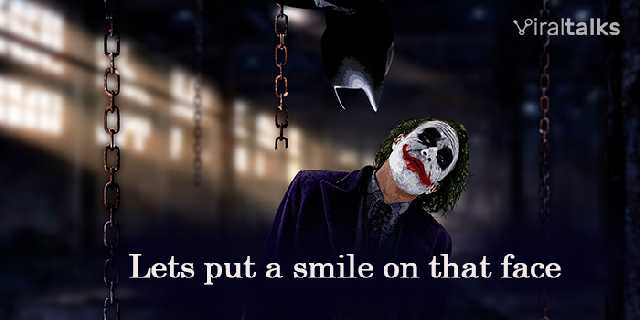 “Let’s Put A Smile On That Face!” It’s crazy, it’s famous and it’s one of Joker’s signature. 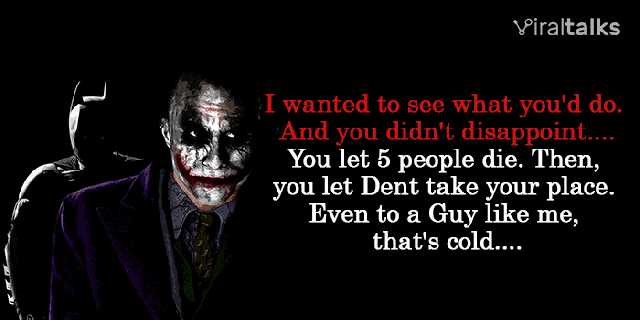 With words like these, Joker can easily manipulate anyone! Thankfully, not Batman, not apparently at least. 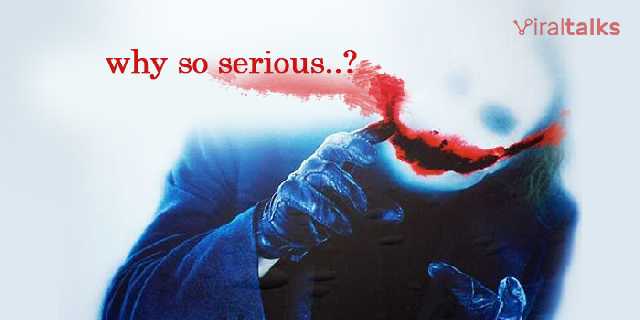 “WHY SO SERIOUS?” Does this need any intro? Oh nope!

How do you like/dislike the Joker Quotes? Do put down your comments and let us know your thoughts on the same. Hope you enjoyed reading. Cheers! 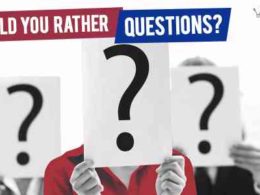 50 Would you Rather Questions That Pique Your Imagination

If you were ever stuck at a party not knowing what to do, or how to proceed…
byadmin 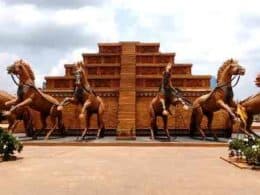 Controversies and Bollywood stars go hand in hand. Be it Shahrukh, Salman, Deepika or Radhika Apte we have…
byadmin 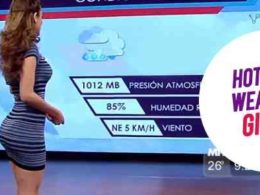 In today's world, everyone has a weather app installed on their smartphones. Yet, there is always a TRP…
byadmin 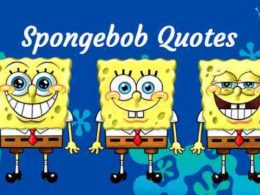 SpongeBob is probably the dumbest character ever on TV & it was a memorable show. He was a…
byadmin