The worldwide pandemic of the past year has put a hold on international travel for people across the globe. However, with the success of the vaccination rollouts, there is light at the end of the tunnel.

Once we are post-lockdown, and things are starting to get better, we might finally be able to take that vacation we have been dreaming about. To satisfy your wanderlust, here are 7 sights across the world that you must consider seeing post-lockdown.

South America is often overlooked as a tourist destination, but it has an incredibly rich history. The ancient Incan city of Machu Picchu is situated high in the mountains of Peru. This is without a doubt one of the most impressive examples of a ruined ancient city in the entire world.

The term ‘acropolis’ comes from the Greek words ‘akro’, meaning ‘highest point’, and ‘polis’, meaning ‘city’. While this acropolis certainly isn’t the only one in Greece, it is the most famous – hence why it is known as “the Acropolis”. The views of Athens from this beautiful site, which was built in the 5th century BC, are unparalleled.

One of the most famous historical landmarks in London is of course the Tower Bridge, which is located near the infamous Tower of London. Take a tour of this London castle to get up close with the Crown Jewels, a Medieval Palace and the Bloody Tower.

For a visit to the Tower of London, make sure you book accommodation in the heart of the city – such as the Dorsett Hotel, City, which is less than a 15-minute walk away from the castle entrance.

New Yorkers might claim that their side is better, but you simply cannot beat the sensational views of Niagara Falls from Ontario, Canada. The falls are nestled between casinos and a tourist strip, reminiscent of its days as a popular getaway for native Torontonians.

Located just outside Cairo, the Pyramids of Giza have been attracting tourists for thousands of years. Within this complex, or necropolis, you can also find the Great Sphinx of Gaza. The largest of the three pyramids at this site, the Pyramid of Khufu, is the oldest of the Seven Wonders of the Ancient World, and the only one left mainly intact.

Paris is a beautiful place for solo travelers and couples eager to embark on a romantic getaway to let down their hair. Of the many places to visit, the most iconic is arguably the Eiffel Tower. For people who don’t mind heights, the tower has three levels, which includes restaurants and an observation deck.

The Colosseum is an amphitheatre the construction of which started at some point between 70 and 72 CE during the reign of Roman Emperor Vespasian. Over the years, this structure has served many purposes, but it is most known for being the site of gladiatorial contests and public spectacles. 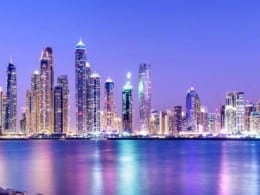 Places to visit in Dubai that you simply can’t ignore!!

Dubai is exotic place in UAE. It’s very much popular in all over the world for its splendidness,…
byadmin 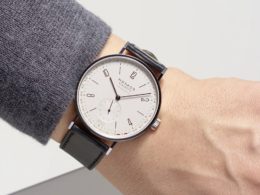 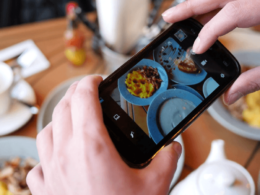 Ever wondered while scrolling through your Instagram, how bloggers get famous just by posting pictures of foods and…
byadmin