These 13 Mishaps During Intercourse Could Ruin your Sex Life

Sexual intercourse is one of the most pleasurable experiences (duh!). Most of the humans are even addicted to it. But what we don't notice is that sex too can lead to certain mishaps that could scar us forever! Hence it is imperative to stay cautious while "getting some", or else sex could potentially end up being a phobia for the victims of these accidents. We have brought together a set of accidents that would literally make you want to cry upon hearing the word "sex". Check them out below!

Also Read: 8 ways alcohol will boost up intimacy with your partner. 2nd one is hilarious

It so happens that during the act of intercourse, with the amount of intensity and all, the foreskin or the prepuce of the penis ruptures and breaks. This result is a very painful and a blood bath of an event, which needs corrective surgery to stop it from happening again, as it is just one artery that has popped.

2. Breaking of the penis

Again vigor is to be blamed for this accident. When the shaft hits a bone during the act of going in and out, it gets bent to one side and turns purple! It then needs immediate medical attention when it can be treated like any other bone fracture.

3. Things stuck in the rectum

This one happens when people try to get creative in bed. Many of the "victims" just try to make up stories when they are rushed to the hospital, to avoid the embarrassment. Common things that get lodged include zucchini, banana, cucumber, brinjal, etc.

4. Things getting stuck in the vajayjay

Yes, people tend to do weird things every single day, and people who have things like cell phones, bananas, pencils, bottles etc in their vaginas are common cases at the emergency room.

Durin g the act of sexual intercourse both the male and female genitalia secrete fluids in order to have the least amount of friction, and sometimes there isn't enough of these fluids, resulting in a very dry vagina. Thereafter the sex could be a very painful affair for the woman. Back to square one – foreplay should fix this.

Women are more adept at waxing hair off their bikini regions that men are at shaving off their genitals. When men try to achieve the bald look with a razor or even waxing strips it often ends with blisters and burns across their scrotum!

Burns are a common complaint when people try to be spontaneous and try to do it, on rugged surfaces such as carpets. The rough surface coupled with the urge to have sex then and there can cause a lot of friction and burns across the body.

8. Twisting of the testes!

This one is probably the most painful of the lot! Also called the torsion of testes, can occur when the spermatic cord carrying blood to the testicles twists and the cells start to die resulting in extreme pain. Immediate medical attention is needed.

9. Stuck together during sex

It is called penis captivus. it is when your shaft gets stuck in the vagina during the act. This happens mainly due to a combination of both, engorgement of the penis and the vagina suddenly contracting to lower than normal levels. Although it isn't painful, the embarrassment that follows, when the couple needs to be taken to the hospital to be separated is something akin to a trauma!

It could so happen that your female partner could be allergic to semen. The allergy can trigger asthma or even urticaria and in some extreme cases even send the victim into an anaphylactic shock! Wearing a condom can prevent this usually.

This is rare but definitely something that can happen. A hickey or a love bite near the neck caused a woman to suffer a full body paralysis 2 days after the incident. Apparently, the force of the love bite caused a clot in the artery and led to a stroke!

This is one of the most common accidents to ever happen during coitus. Some rough action could lead to small cuts and bruises to the vagina. A bit of blood too isn't an uncommon sight. Proper lubrication is the solution to the problem.

Anything else but a lubricant, used as a lubricant can have really bad after-effects. Nothing, other than a  lubricant should be used as a substitute. Not vaseline, not baby oil, not coconut oil, and definitely not toothpaste! The only substitute for maybe rare occasions is spittle.

Let us know if any of these have happened to you and what you think of these "accidents" in the comments section below!

Also Read : 10 food stuff for your diet that amazingly boosts your sex drive
0
0
0
0 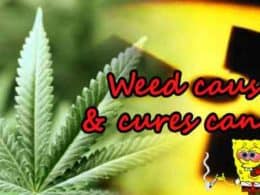 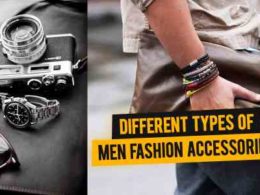 8 Different Types of Men Fashion Accessories To Shine Your Personality

Gone are the days when the word fashion used to be defined by women only. The usual things…
byadmin 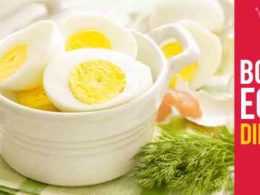 Obesity is and has been a major factor for the reduced lifespan of people all over. This…
byadmin 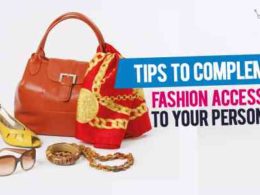