We have come to see thousands of superheroes in comics and several silver screen adaptations of the same. And boy, do we love them! The big muscles of Thor, Iron-Man's advanced technology, Hulk's sheer force, Black Widow and Scarlet Witch's women powers, Batman's selfless acts, Superman's gifts to humanity, Wonder Woman's powers and so on with several more lined up in the pipeline. We thought, if we loved superhero action so much, then why not adapt the already known epics and lesser known stories of mighty big characters that form the basis of Indian mythology. The very base of India's Hindu religion is studded with heroic and awe-inspiring stories of magnanimous figures. We, with the help of illustrations from the skilled artists of DeviantArt, have made small examples of what could actually be brought to life on the big screen.

Also Read: 10 Facts About Jatayu, The Legendary Bird From Ramayana

1. Vishnu – The savior of the world 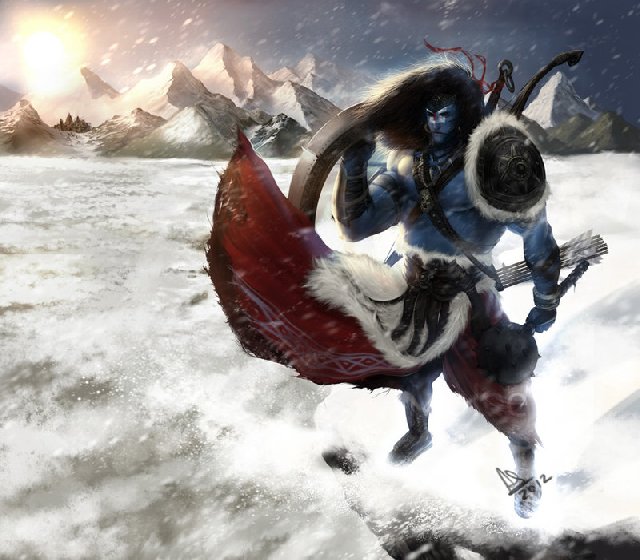 Lord Vishnu is one of the 3 primary deities in the universe. He makes sure that our world functions smoothly and as a whole. When things have looked bad, he has taken it upon himself to destroy evil and bring balance to the world. Much like our evil fighting superheroes but only grander. 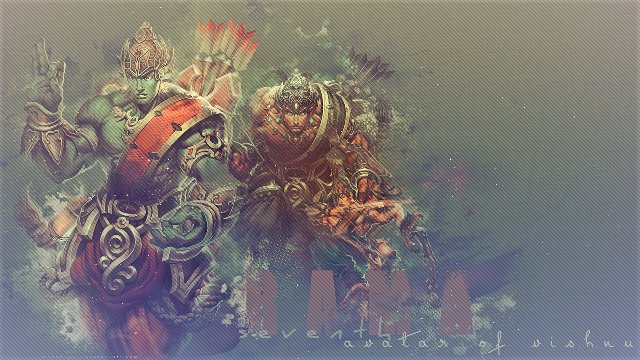 One of the incarnations of Lord Vishnu was as Sri Rama and his disciple Vasuki being born as his brother Lakshmana. The adventures during their childhood, teenage and younger years are totally adventurous, with loads of demon slaying and saving the world. 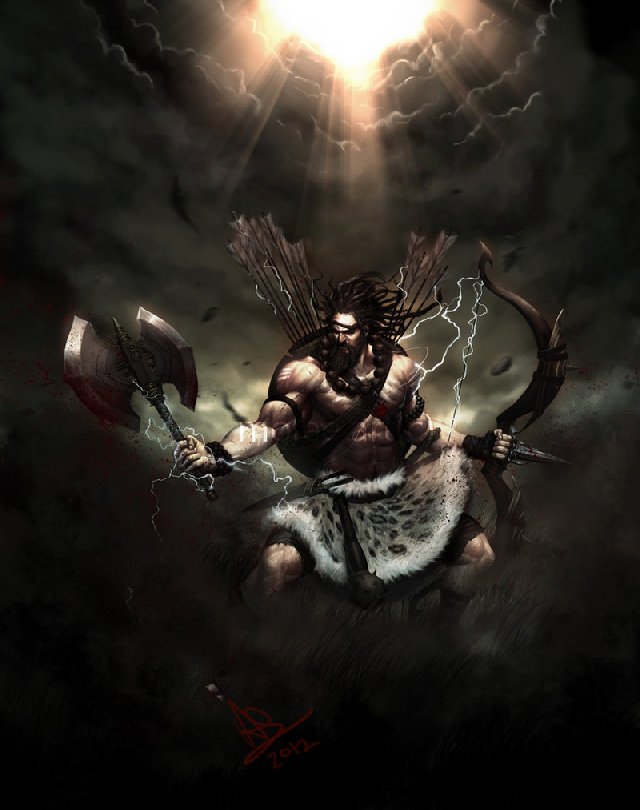 Parashurama is kind of an anti-hero. Also one of the incarnations of Vishnu, he was born to on one of the saptharishis, Jamadagni and would follow his father's orders to the word. When the king  Kartavirya Arjuna killed his father, Parashurama went around the world 21 times and single-handedly and killed all the kshatriyas (kingsmen). Superhero enough? 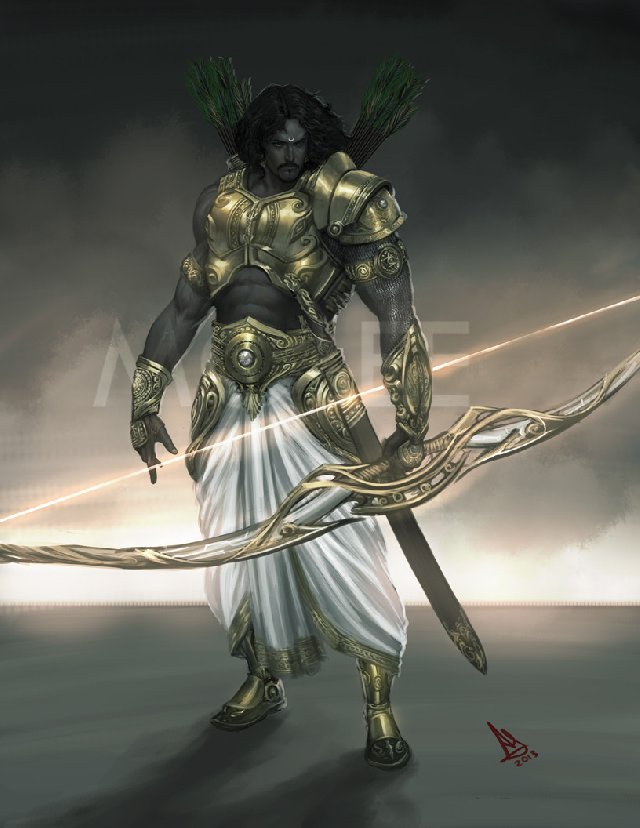 Being a blessing from Lord Indra, Arjuna was one of the 5 sons born to King Pandu and Kunti of the Kuru kingdom. He was the most brilliant of all his brothers and excelled in archery. He along with Lord Krishna (another incarnation of Vishnu) have had many an adventure fighting many evil powers. 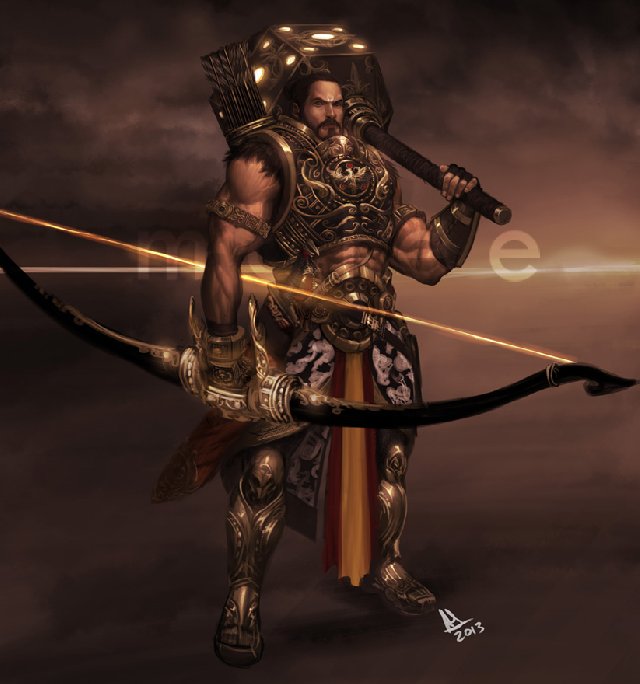 Bhima was the second son of King Pandu and Kunti. Being born through the blessing of Vayu, the god of wind he was the mightiest of all the 5 brothers. He along with his brothers have gone fought hundreds of battles and was responsible for slaying all the 100 Kauravas in the battle of Kurukshetra.

Lord Shiva, one of the 3 primary deities responsible for the creation, upkeep and destruction of the world, is known as the god of destruction. His third eye on his forehead opens up only to disintegrate the one standing in front of him. His counts of destruction of evil are numerous.

7. Bhishma – The wisest of all 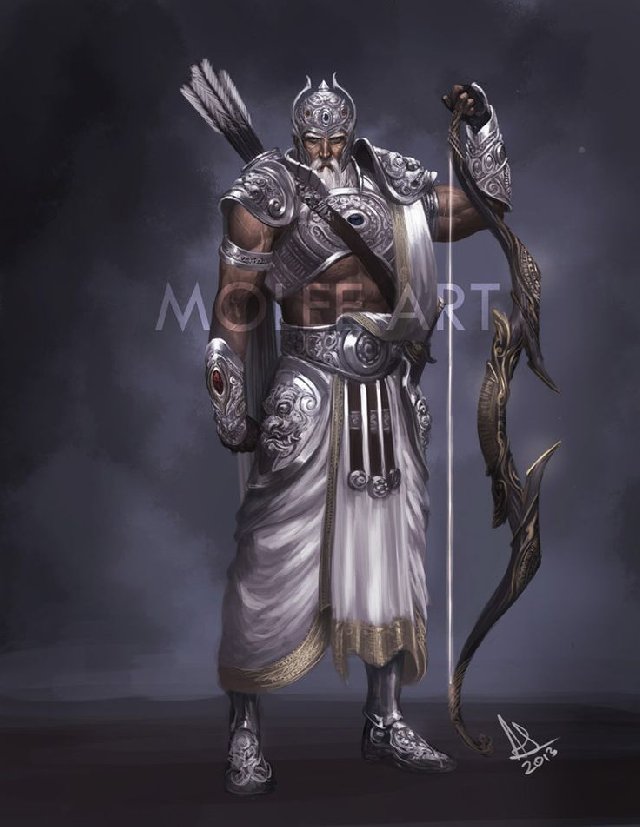 Another character from the epic Mahabharata, Bhishma was the eighth son of the Kuru King Shantanu and had pledged to serve the reigning king of the Kuru king. He was also blessed with icchamaranam (wishful death) and was a warrior of unparalleled strength. In addition to this, he was the grand uncle of both the Pandavas and the Kauravas. 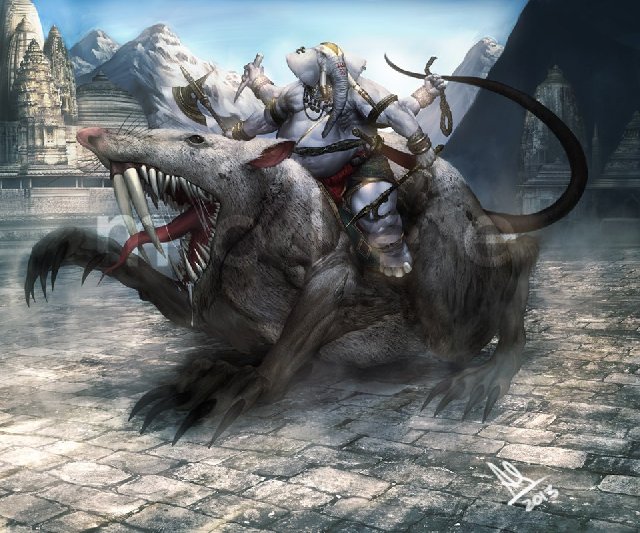 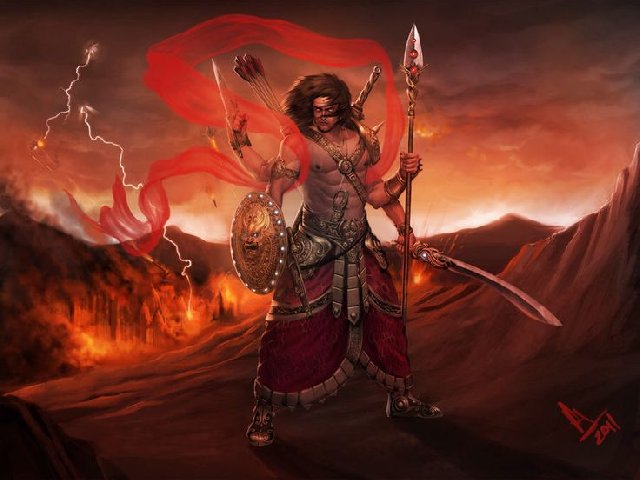 Ganesha and Karthikeya are the two sons of Lord Shiva and Goddess Parvati. While Karthikeya is the god of war and is the commander in chief of the army of demi-gods and has slain numerous demons and monsters, Ganesha defied his father (in order to follow his mother's orders) and got himself beheaded and later on was given the head of an elephant and is known as the god who wards off all evil. 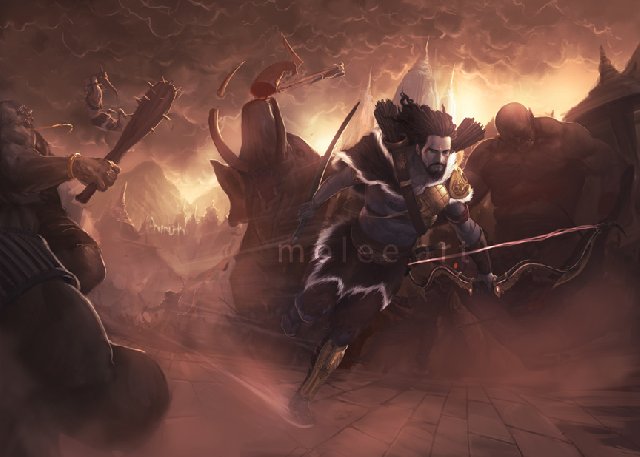 The lesser known, actual first-born son of Kunti was Karna. He was blessed to Kunti by the Sun god Surya. He was then abandoned by Kunti as she was still unmarried when she had him. Karna later joined the ranks of the Kauravas and conquered all the kings throughout the world on behalf of Duryodhana (the first Kaurava) which made Duryodhana the king of the world. He was the only one who could defeat Arjuna in battle. 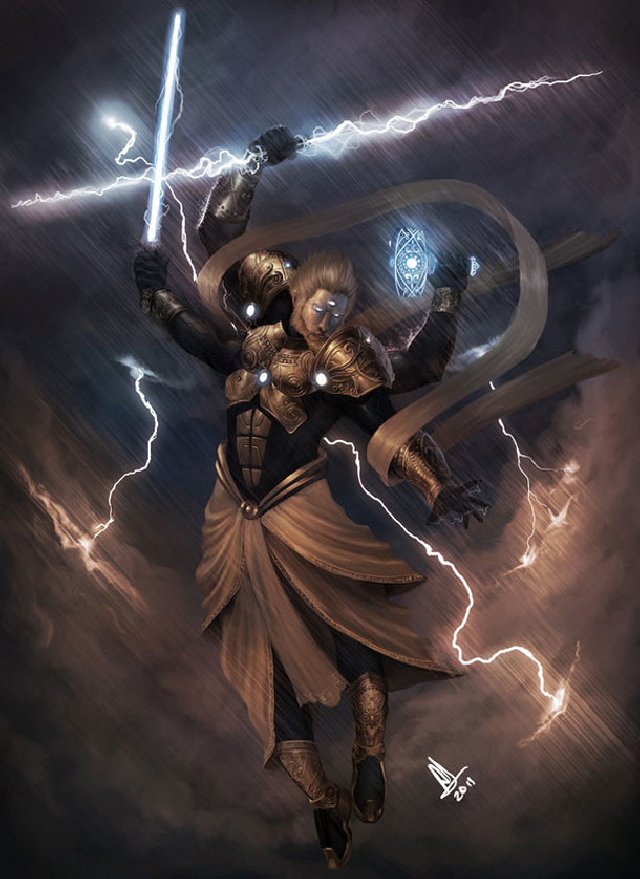 Indra is the God of lightening and the king of all the gods. He rides a white elephant Airavata and wields a lightning bolt as his weapon. He is known to has slain many evils such as Vritra, who was an obstacle to human happiness and prosperity. 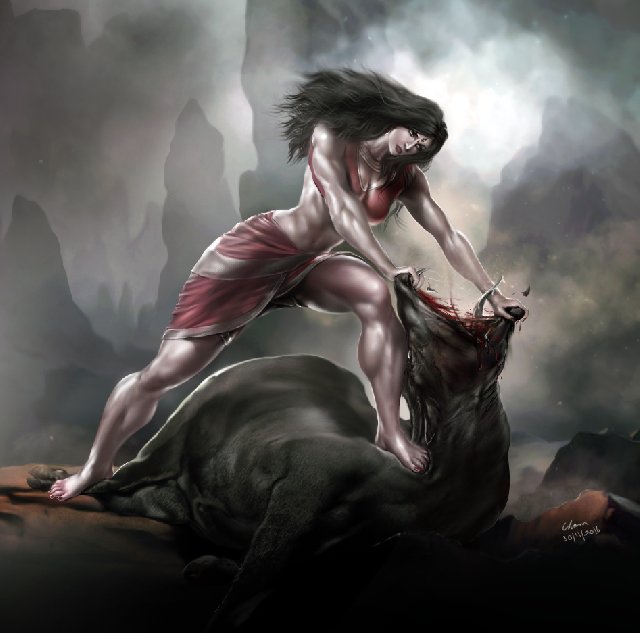 Durga is a reincarnation of Goddess Parvati wife of Lord Shiva. She took the form of Durga to slay the demons and monsters that were a humungous pain to the humans, who worshiped her. She wields swords and rides a lion to battle and is responsible for the destruction of evil. 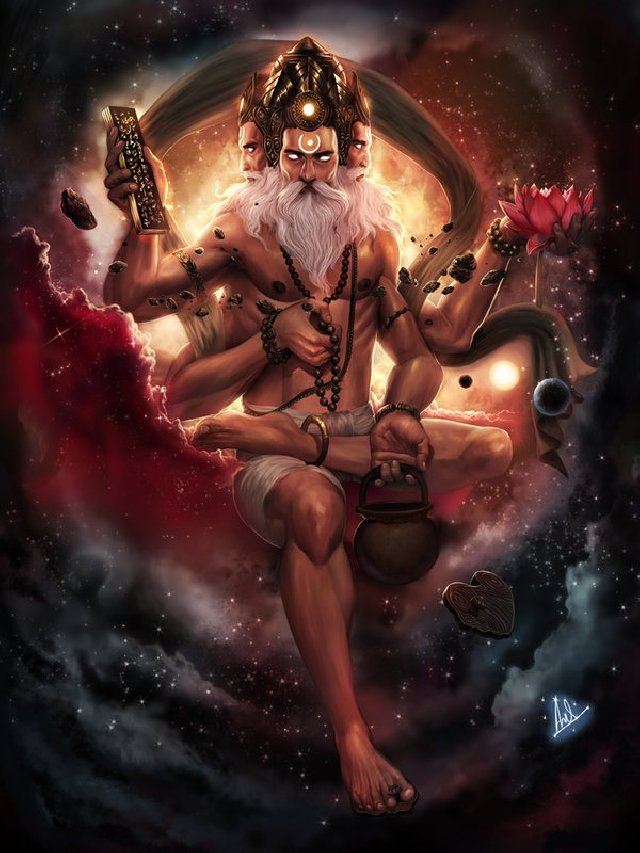 Brahma is the creator of all universe, life and cosmic energy in it. He is said to have been born from a lotus that emerged from Lord Vishnu's navel or is depicted as being a self-born entity. He has 4 heads from which the 4 Vedas of Hinduism were uttered. 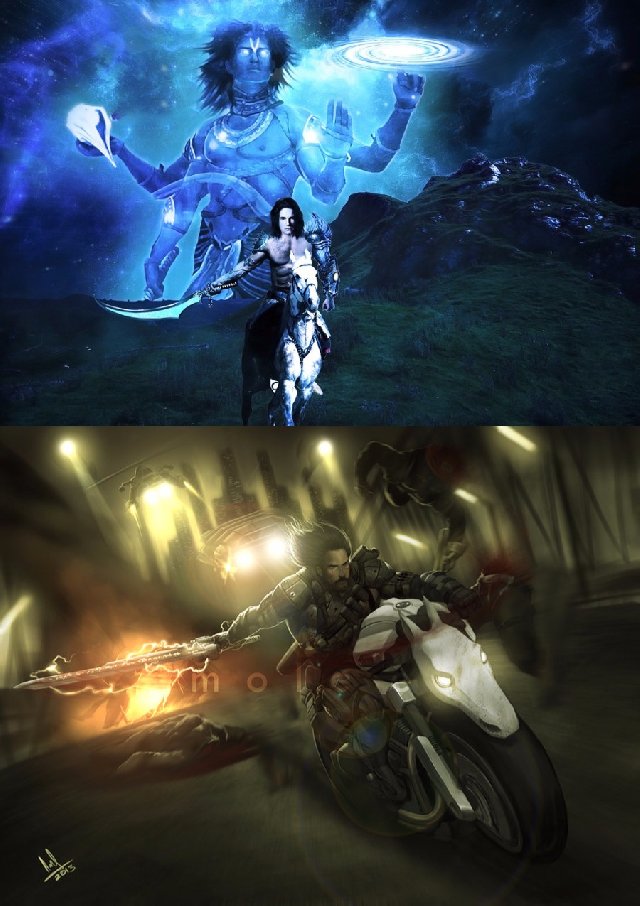 Kalki is said to be the tenth and final incarnation of Lord Vishnu, ending all evil in the human world, and bringing an end to the Kali Yuga. Kalki will then usher in the Satya Yuga the first of the 4, that take place in a continuous cycle. 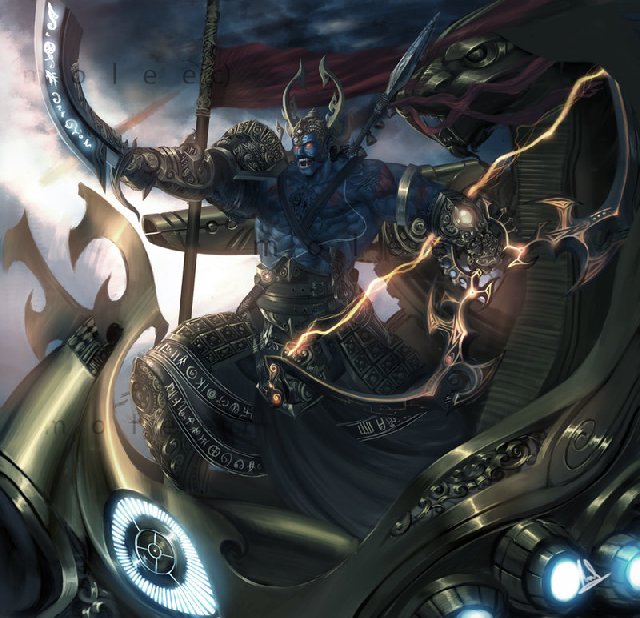 Ravana was the demon king of Lanka, who brought abut his own end at the hands of Lord Rama when he kidnapped his wife Sita. Prior to this, there are a lot of legends that lionize and vilify the king. It is said that he was a staunch worshipper of Lord Shiva, and the story of athmalinga is well known. He also had ten heads indicating his knowledge of the 6 shasthras and 4 Vedas, hope that's badass enough! 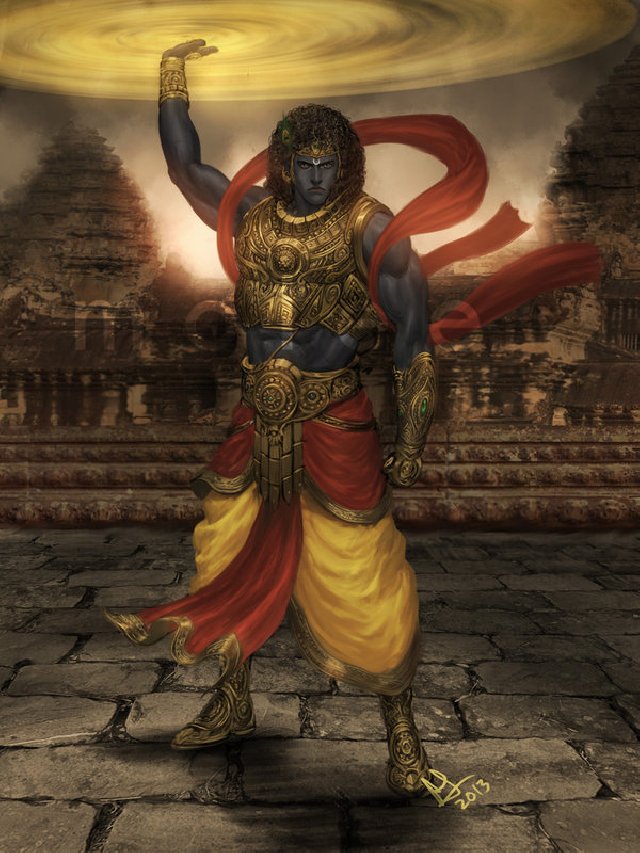 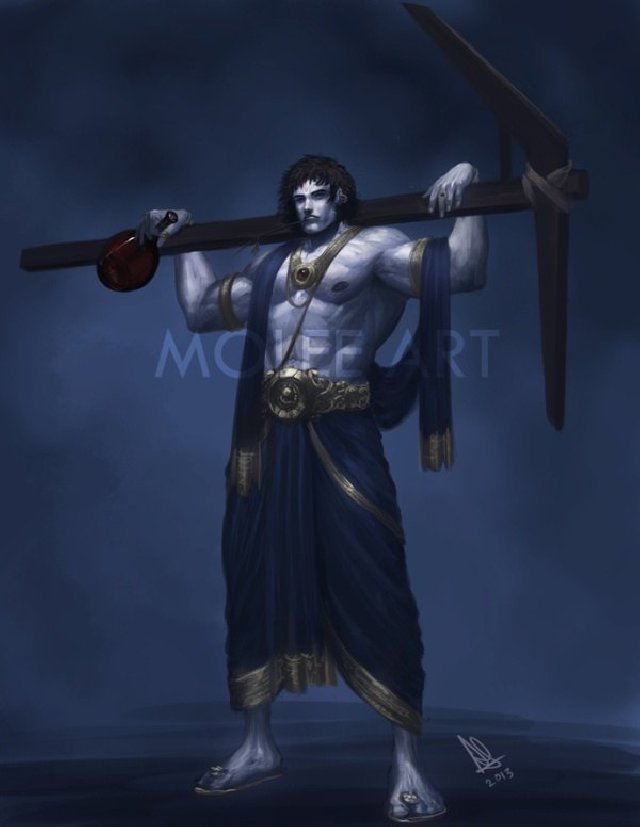 The story of Krishna and Balram is probably the most heard kids' story. Right from the birth of Krishna, escaping his evil uncle's clutches, him killing his uncle as a kid, his inseparable brotherhood with the mighty Balaram, and the thousands of demons they killed together as a team is all legendary. 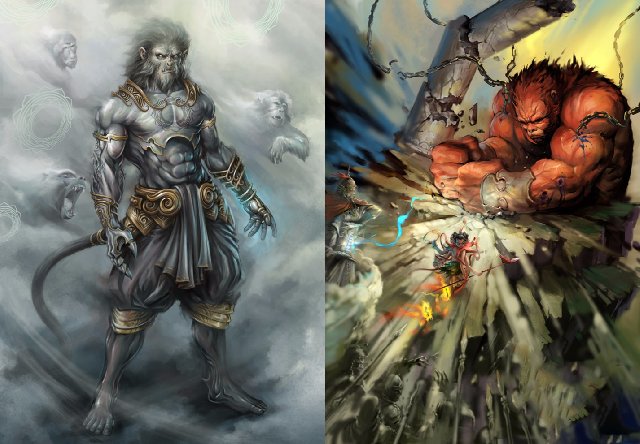 Lord hanuman was the staunch devotee of Lord Rama and has assisted him in killing Ravana and taking Sita back. Prior to this the adventures of Hanuman are numerous, for he is a blessing from Sury, the Sun god. What is baffling is, there is a belief that Hanuman is still alive in this world today.

Do let us know what you think of these legends in the comments below.

Also Read: 9 common Hindu gods and their uncommon birth will leave you shocked !!!
3
0
0
0

Top 10 Holographic Hairstyles That Are Going Viral These Days 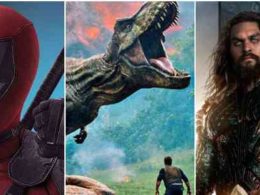 Are you tired of your pathetic job life and looking forward to becoming an entrepreneur?? Are you trying…
byadmin