Dance is one of the highest forms of art where every step conveys some meaning. It is considered to the best form of seduction, and it is not a girl’s thing only. As a matter of fact, there are almost an equal number of popular male dancers in the world. There are over 200 forms of dances, but it is the sexiest dance forms that draw everyone’s attention naturally.

Everyone is attracted to the dancers because they know dancers are the most seductive persons in the world. As a matter of fact, most of the men have confessed that dancers are better in bed than any other women in the world. They have worked out to have a flexible body, and they have unlimited moves and postures that normal people cannot try out. Here are the sexiest dancers in the world who make the world come to a standstill with their moves.

Dance Form – The Robot and The Moonwalk.

Shakira requires no introduction. She has superhit eleven albums to her name. Her 2010 Fifa World song “Waka Waka” has been the most-watched World Cup song ever. She has won 5 MTV Video Music Awards and 2 Grammys. If you want to check out her moves, go for “Hips Don’t Lie” and “She Wolf”.

She is currently considered to be the best pole dancer in the world. She is young, vibrant, seductive and creative in her dance moves. She got everyone’s attention in Ukraine Got Talent where she showcased her talent and skills that left everyone stunned.

He is considered to be the king of dancing in India. People compare him with all the greatest dancers that ever existed and exist now. He can literally pull off any dance step, and he is a creator various signature dance steps. He is a choreographer by profession.

Chris Brown is a popular singer and particularly famous for his music videos where people get to see his amazing dance steps. He has released nine albums, and he has maintained that Michael Jackson is his inspirational figure. He has been a controversial figure her his personal life issues with popular singer Rihanna, but on screen, he never fails to deliver his best performance.

He is one of the best-selling singers in the world selling over 45 million albums and 75 million records. He has 8 Grammys and 18 Billboard Music Awards to his name. It is his dance steps that make his music videos viral all the time.

He is one of the top ten sexiest men in the world. He is also one of the best actors and the only superhero of Bollywood. He has completely mesmerized the world with his dance steps

She is considered to be the best ballet dancers in the world. She is an award-winning dancer, and she is one of the top 100 most influential people in the world. Apart from dancing, she is a public speaker and celebrity spokesperson as she loves to interact with people.

She is extremely popular in the world as one of the sexiest dancers ion the world. She is an amazing performer on the stage and grabs attention from the very first second of her performance. She has the highest number of men followers on social media channel among Russian celebrities.

Kizomba is considered to be one of the sexiest dance in the world. Albir and Sara have literally popularized the dance form around the world by showcasing it and organizing many workshops. They simply sizzle on the stage and every couple wishes they be like them.

If there is anyone on the list you have not yet followed on the social media sites, do so at once. Check out their videos on YouTube and get totally amazed.

Also Read: How To Pick Choreographies Faster In Your Dance Class? Tips to Follow
0
0
0
0

Low Carb Diet Before and After - All You Need TO Know 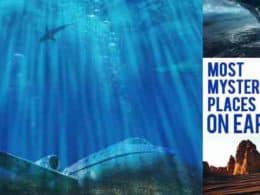 Even in the age of science where everything can be decoded with logic and reasoning, there are…
byadmin 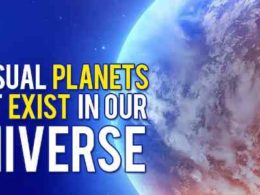 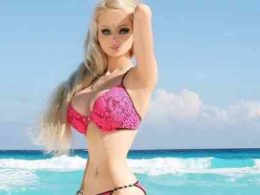