Mount Kailash, one of the peaks in the Kailash range of mountains in Tibet is said to be the abode of the Hindu deity of destruction (of sorrow and evil) Shiva! He is said to be in perpetual meditation along with his wife Goddess Parvati & his beloved Nandi. The Buddhist consider this to be the abode of Buddha and Jains believe this to be the place where Rishabh (the propagator of Jainism) achieved enlightenment. Several Mysterious Phenomena have been observed at this holy peak, while the most popular amongst them are that nobody has been able to reach the summit till date! The ancient texts say "No mortal shall ever be allowed to walk atop Mount Kailash, where, among the clouds, is the abode of the gods. He who dares to start to the top of the holy Mount and see the faces of the gods will be put to death!". Find out more about the mysterious Kingdom of Shiva! Here we are with some Mount Kailash Mysteries that you were never aware of.

1. You can witness time-travel here! 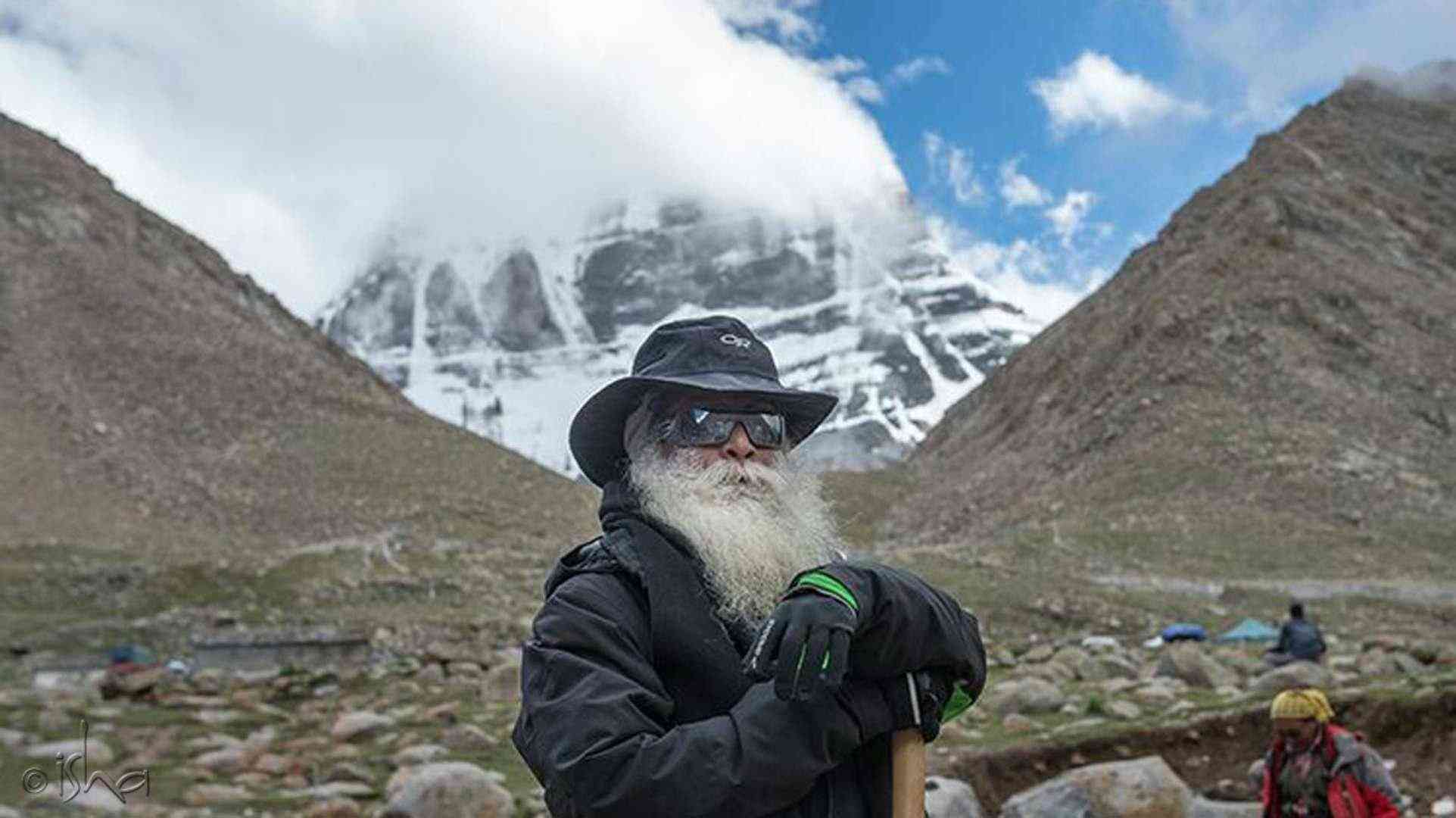 Devotees visiting the sacred mountain, have claimed that they have witnessed an increased rate of growth, especially of nails and hair. Growth in nails and hair worth 2 weeks is said to happen in just 12 hours!

2. Impossible to climb, due to the mountain's regular change in position! 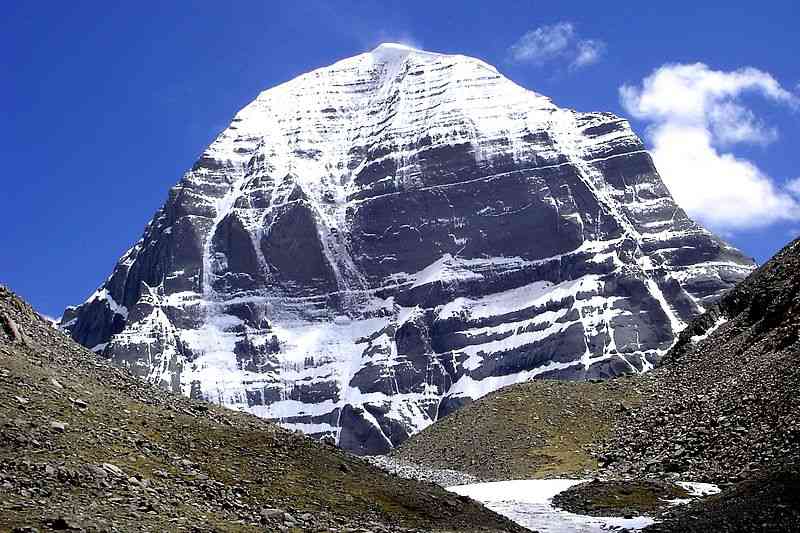 NOBODY except for one 11th century Tibetian Buddhist monk Milarepa has been successful in climbing Mount Kailash for it changes its target destination and even covers up tracks waylaying climbers. travelers suddenly end up moving in the opposite direction, or as soon as the path to the climb was visible the weather worsened and the climbers came down with severe illness and several others have never returned! All the expeditions to the summit have been unsuccessful so far!

3. It is the central axis of the world! 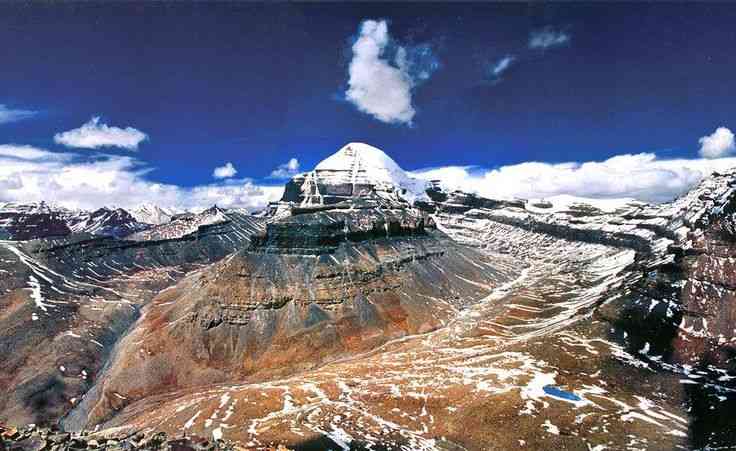 Several studies by the Russians and the Americans have led scientists to believe that the sacred peak is the center of our world, called the Axis Mundi! It is said to be in connection with several other monuments of the world such as the Stonehenge, also from which it is exactly 6666 Km. It is 6666 Km from the North pole & 13332 Km from the South Pole (double the 1st number of 6666). Even the ancient scriptures of the Vedas and the Ramayana mention Mt. Kailash as the cosmic axis, world pillar, center of the world, and the world tree!

4. It is the connection between the human & the spiritual world! 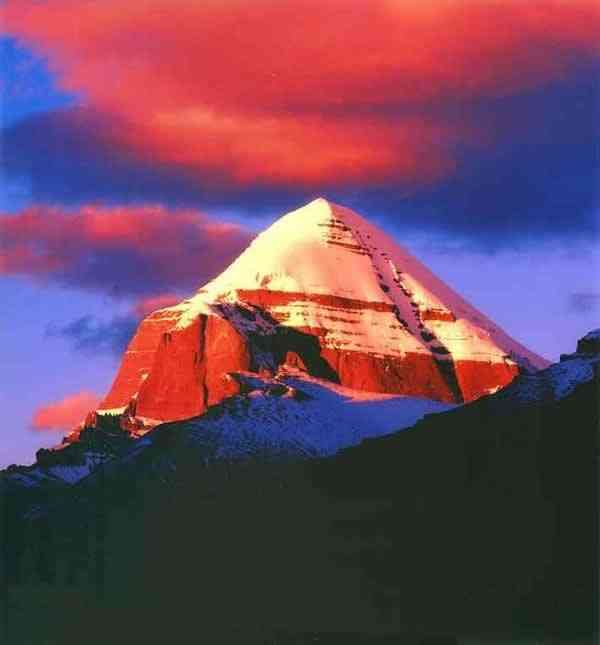 The 4 faces of Kailash face the 4 directions of the compass. The Vedas regard the mountain as the link that ties heaven and Earth together! Hindus, Buddhists, and Jains have their mythological beliefs that point towards Mt. Kailash as the doorway to heaven.

5. The supposed source of the Nazi-believed Aryan race! 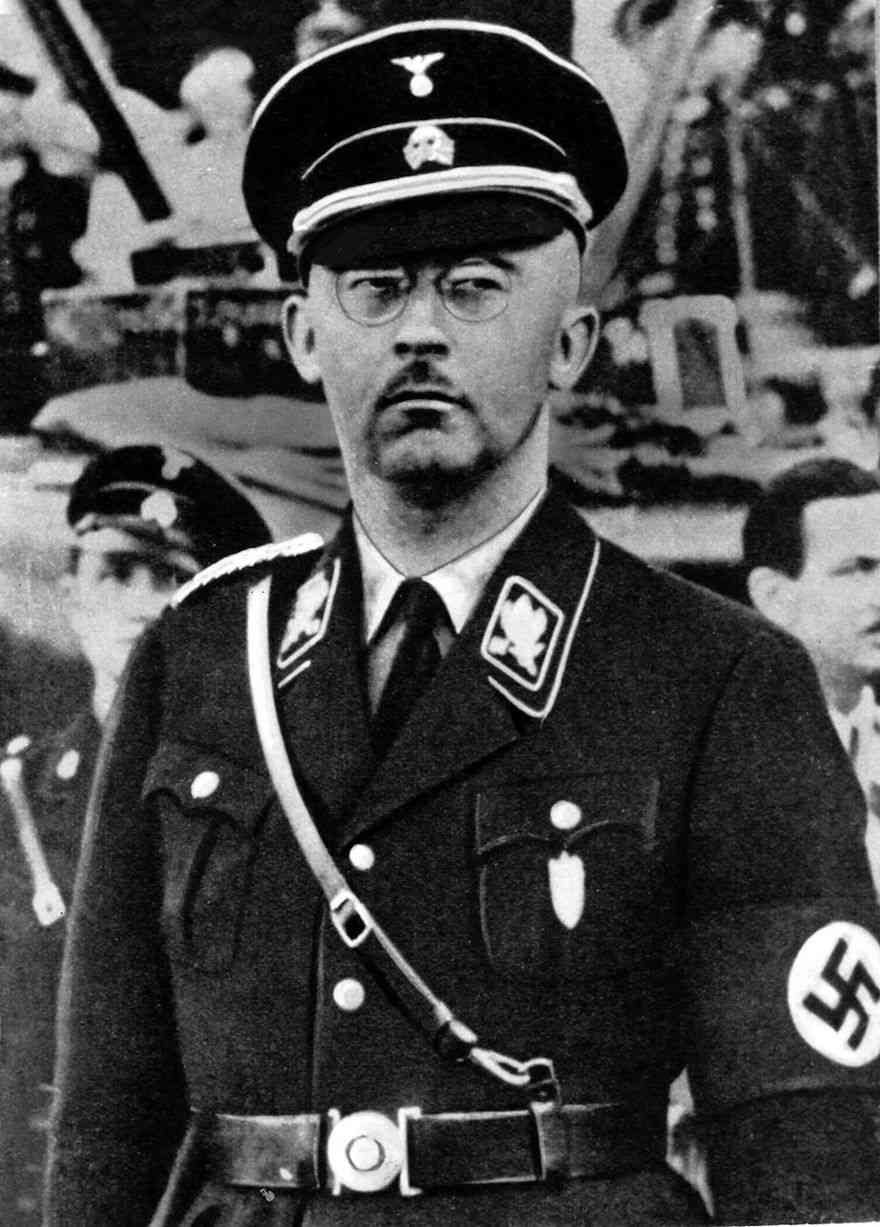 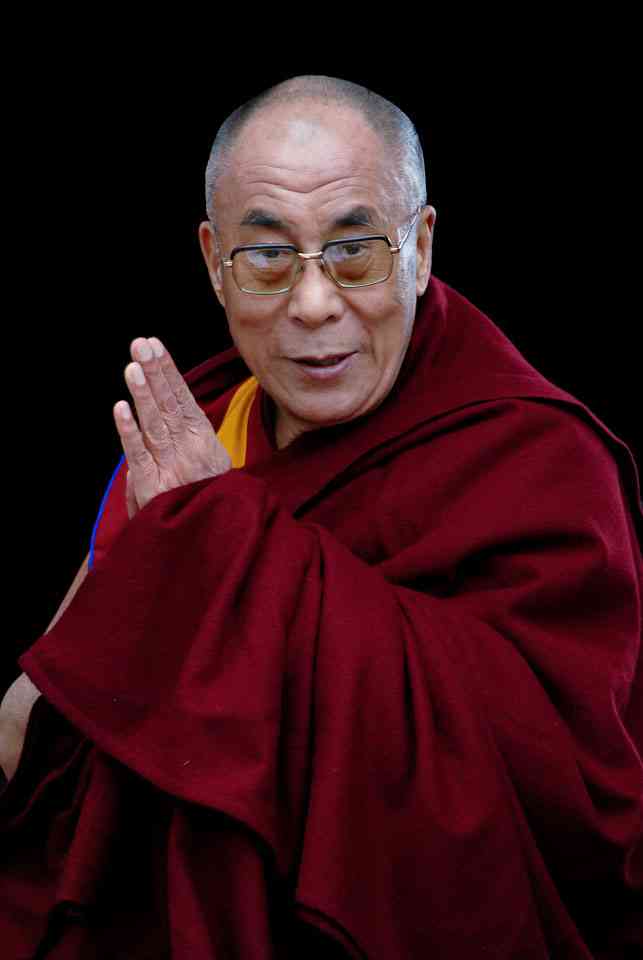 The mysterious mountain saw the odd juxtaposition of Tibetan Lamas and German SS ( Schutzstaffel) Officers on the eve of World War II! The Nazi leaders such as Heinrich Himmler believed that this was the place of origin and the hidden home of the Aryan master race with supernatural powers, that Germans descended from. They believed by harvesting this power they could conquer the world.

6. The holy Swastika formed during sunset! 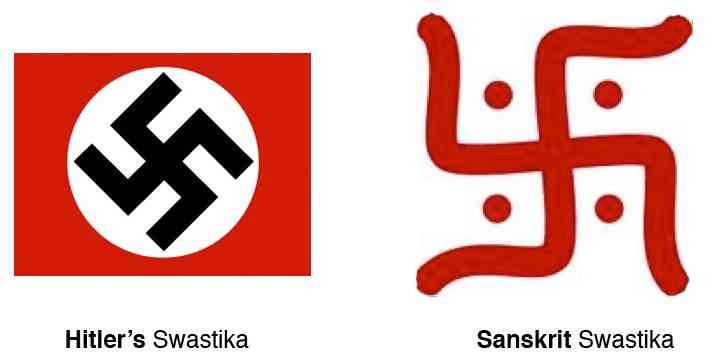 We're obviously talking about the holy swastika and not the symbol of tyranny and oppression! When the sun sets, at dawn the pyramid-shaped mountain is said to cast a shadow that looks like the symbol of the swastika. With its roots in India, swastika means "a lucky or an auspicious object".

7. Mount Kailash is fully made of precious stones! 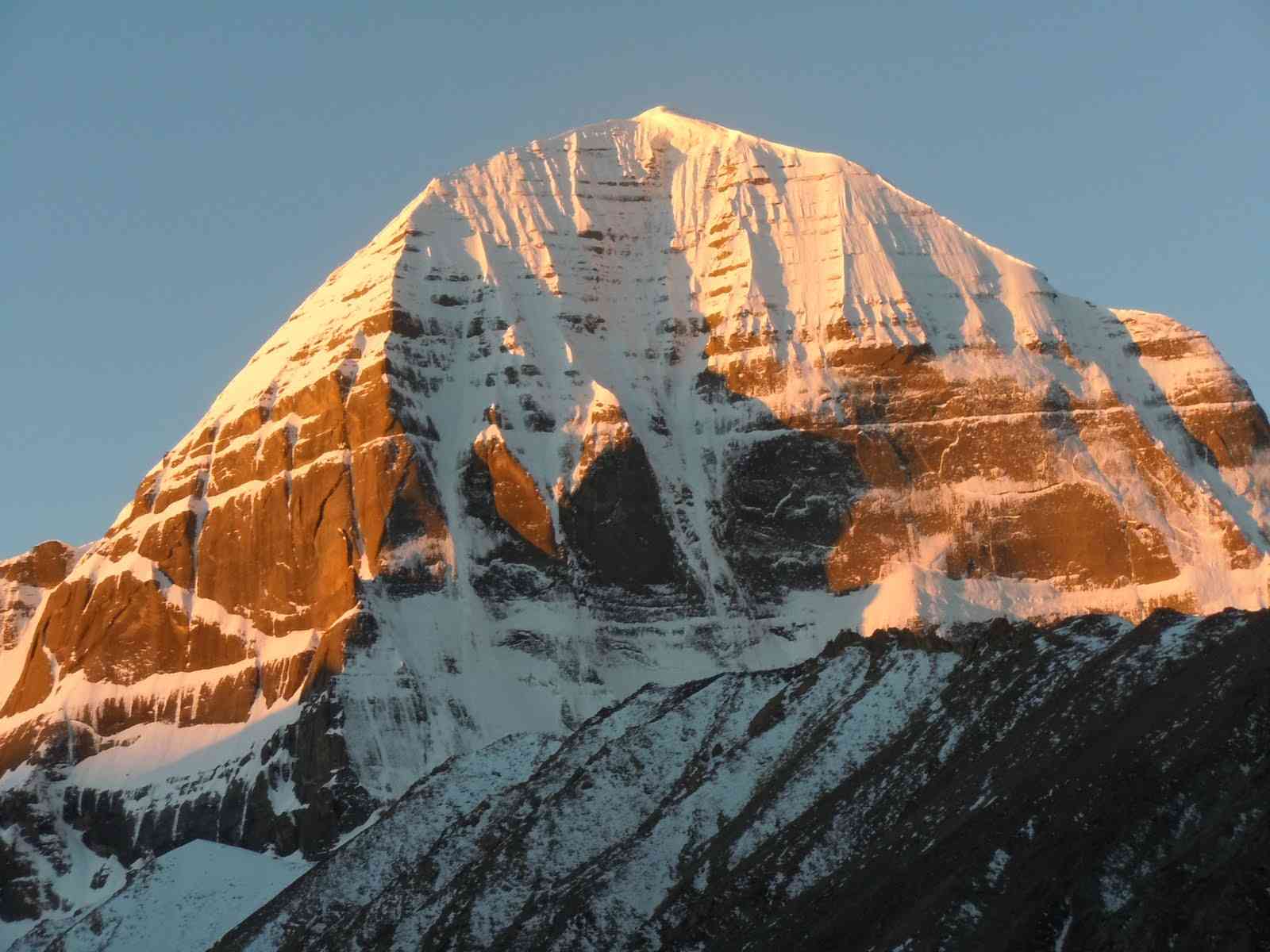 The majestic mountain that stands that 21,778 feet, has four distinct sides to it, each facing the 4 directions of the compass. Each face is said to be made up of substances of the highest value with the south face having been made of Lapis Lazuli, the west – Ruby, the north – Gold, and the east of pure Crystal.

The research conducted by Russian scientists suggest that Mt. Kailash isn't a mountain at all and that it is too perfect and symmetrical to be a natural phenomenon. The entire mountain resembles a cathedral and the faces are extremely perpendicular giving it the appearance of a pyramid. If this turns out to be true Mt. Kailash will become the biggest man-made pyramid, along with its group of 100 other pyramids (mountains) surrounding it!

9. There are two underground countries hidden within or close to Mt. Kailash 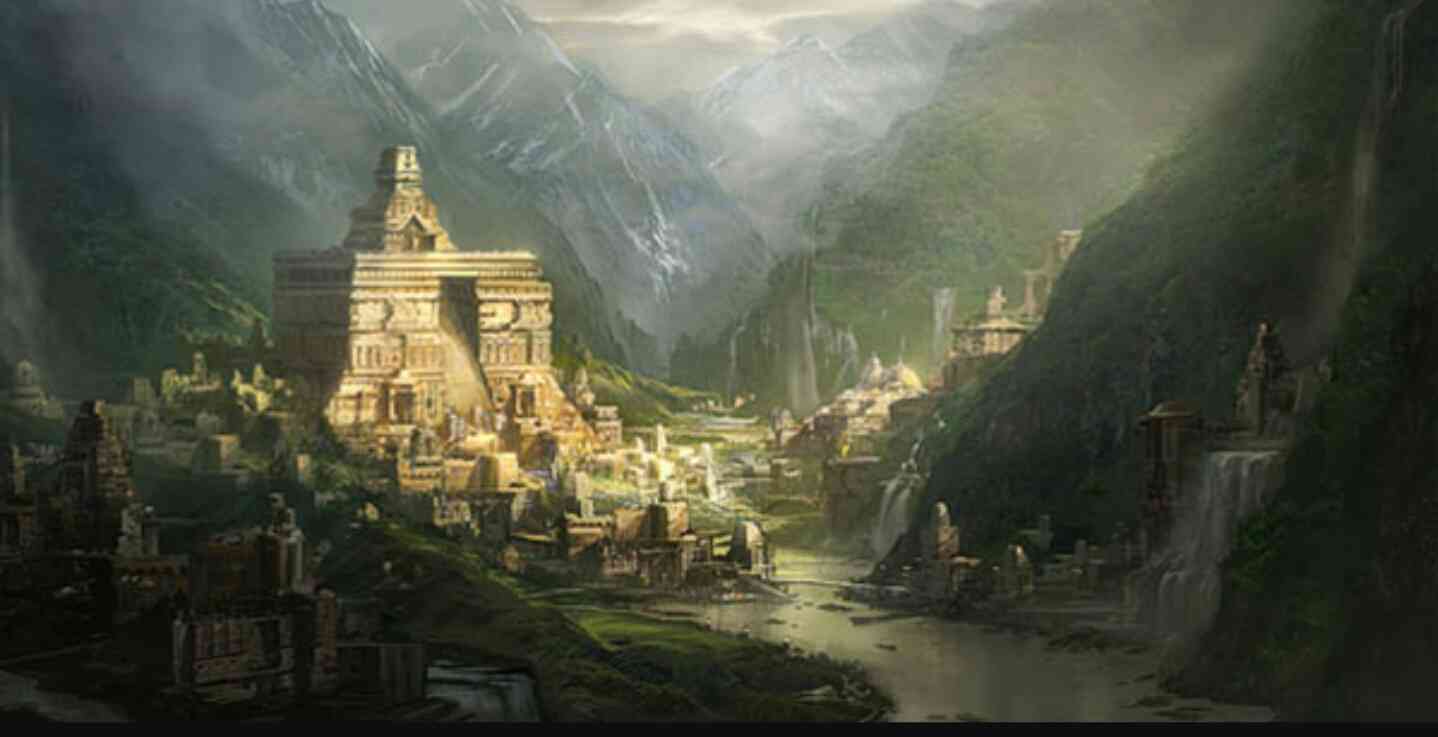 Professor Ernst Muldashev, after extensive research and travels across Tibet, has stated that there are two underground cities named Shambala and Agartha. Each of these two cities has a direct relation to the gene pool of the entire human race!

10. The mystery of the two contrasting lakes! 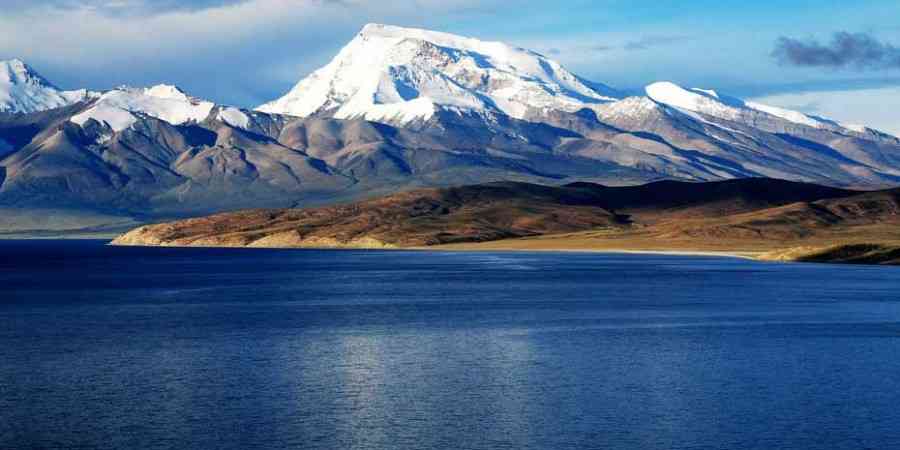 There are 2 lakes Manasarovar and Rakshas Tal at the foot of the mountain. There are separated by a thin isthmus of mountain ranges, and they symbolize two contrasting characters calmness and rage! Manasasarovar is calm & placid no matter the climatic conditions whereas Rakshas Tal is ever stormy and always raging.

8 Bizarre Animal Experiment Performed by Scientists that you won't Believe ! 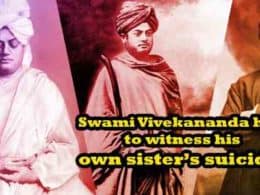 One of the greatest monks of India, Swami Vivekananda, was a disciple of the Indian mystic Sri Ramakrishna…
byadmin 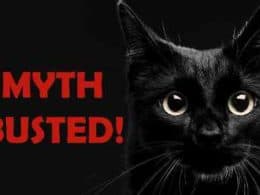 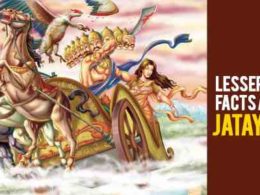 Ramayana was one of the two great epics written by thief turned sage Valmiki. While we peruse…
byadmin