Sundar Pichai, the man who runs Google Inc. hails from Tamil Nadu, India. He was an alumnus of IIT-Kharagpur, where he majored in Metallurgical Engineering while programming on the side as a hobby! He is married to Anjali Pichai who was his classmate at IIT-KGP. He was interviewed at his old college, in an even called BackOnCampus where he answered several questions regarding his professional as well as his personal life. Here are a few excerpts.

1. His interview at Google

"I interviewed at Google on April 1st, 2004, and Google had just then introduced Gmail, but everyone thought it was an April fools' joke. I wasn't able to answer the 1st 3 interviewers properly and the 4th one showed me what exactly Gmail was and then I answered well about how it could be improved and stuff. I was even taken out for ice-cream and showed around the Google campus! I always joke around that i got into Google beacause Larry didn't interview me."

2. The CEO of Google bunked classes 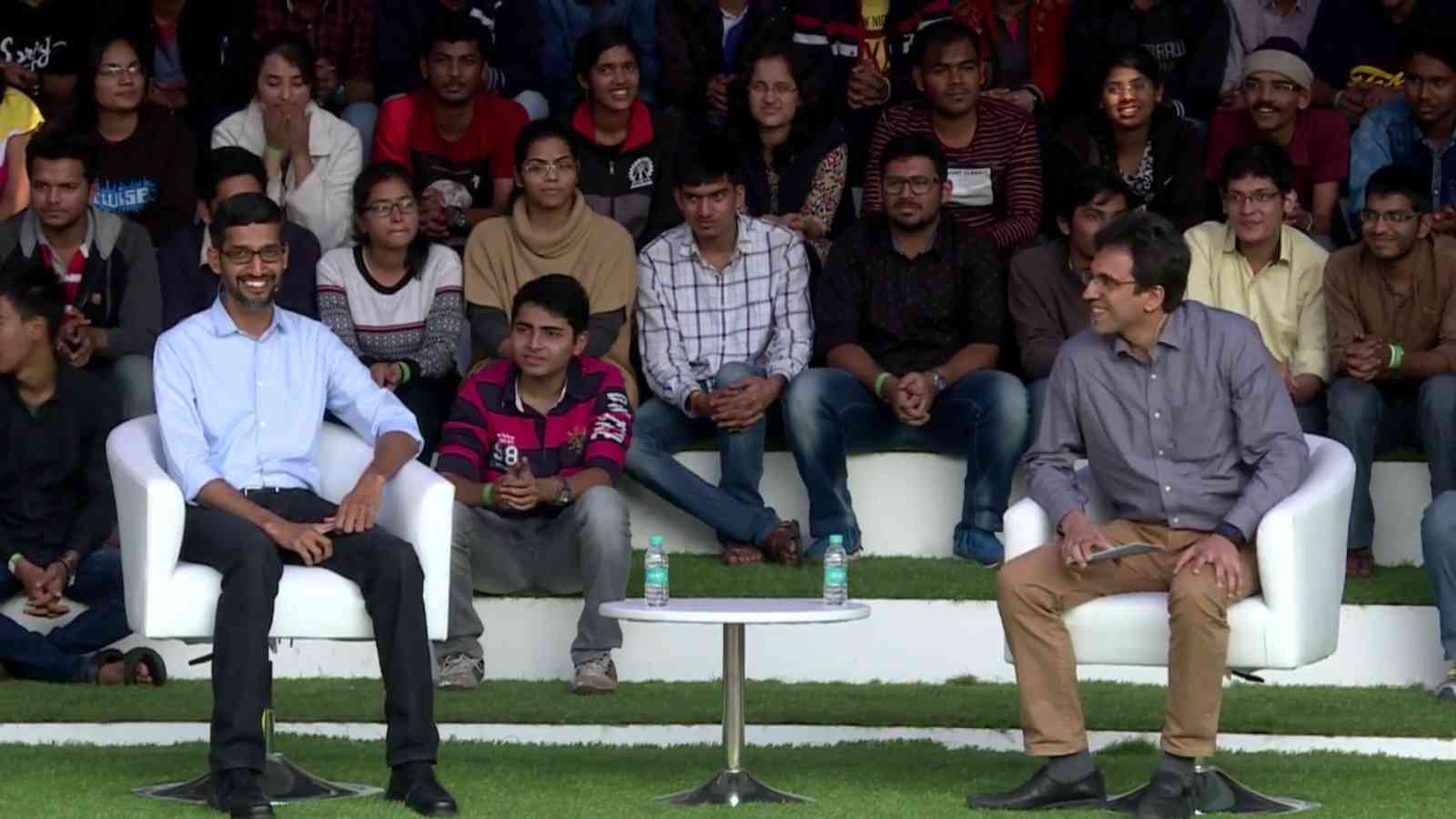 "Yes we did bunk classes, the morning hours, it was kind of like a rite of passage for us"

3. Sundar on getting ragged 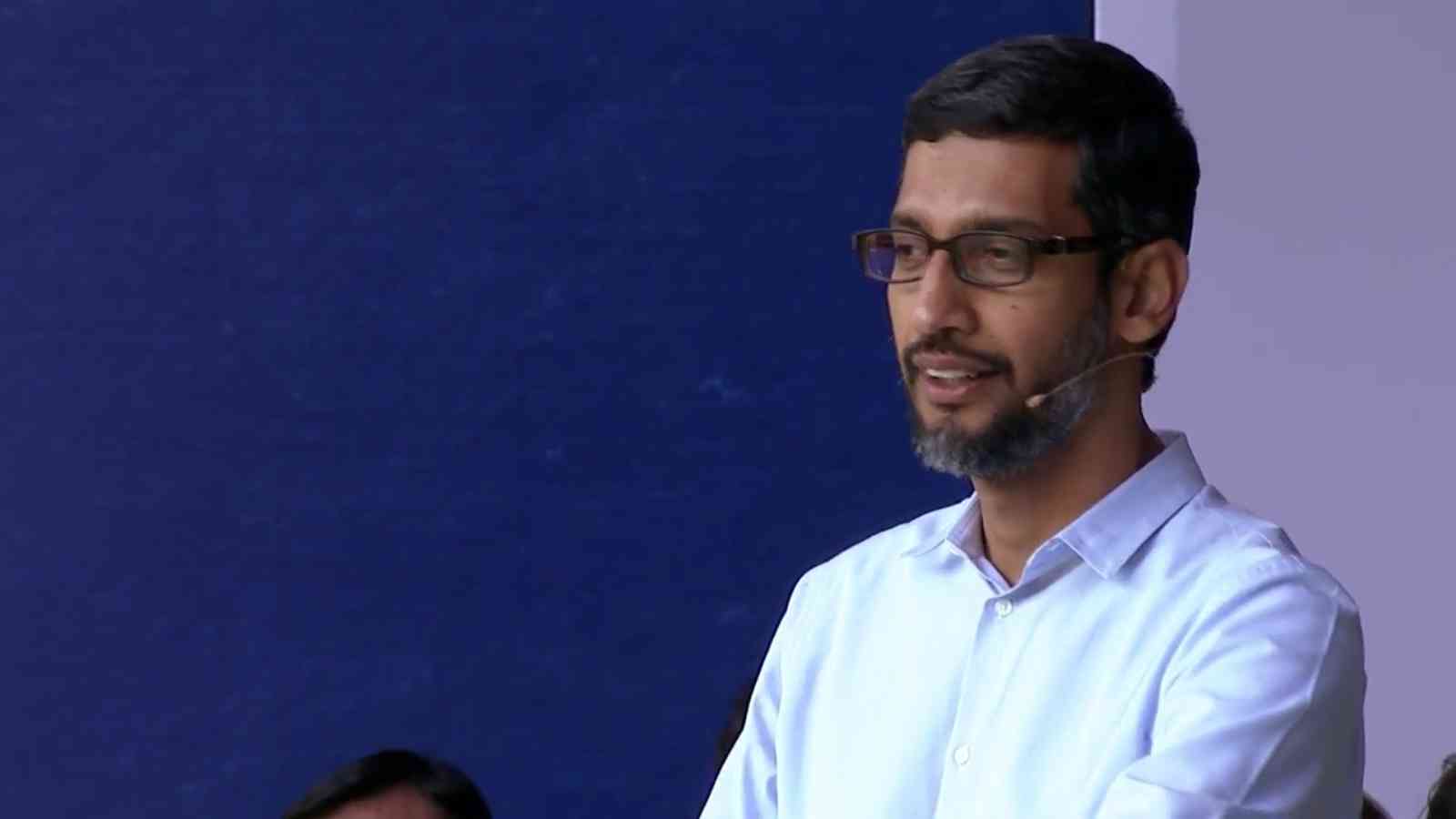 "We had something called the CG change, where everything in your room, including the furniture, your clothes, and stuff were rearranged and we would be shocked to see all our things rearranged"

4. Blushes when asked about him meeting his wife here at IIT-KGP! 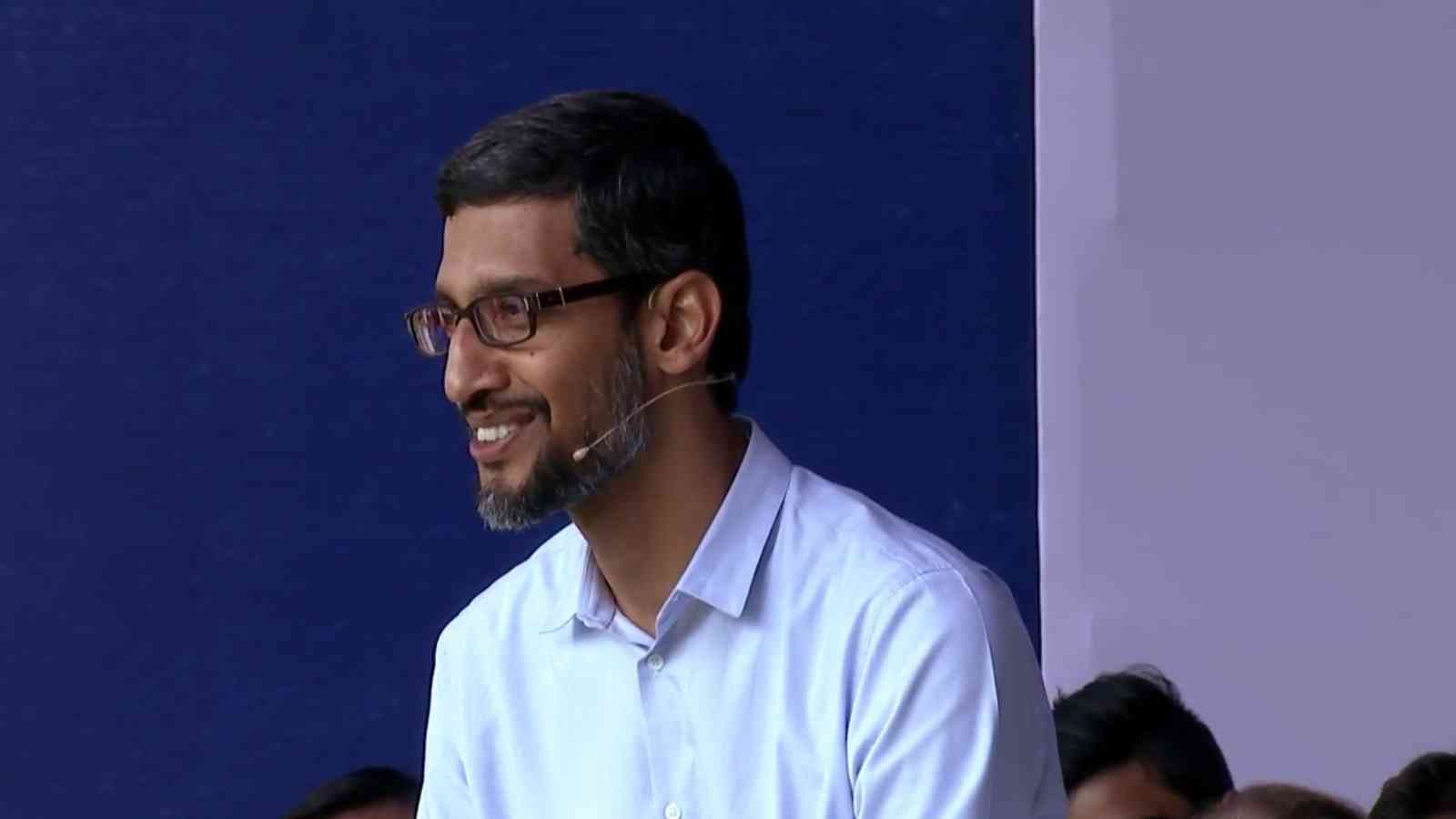 "We had to go in front of the girls' hostel and ask someone at the front and they would go into the hostel and loudly call out *Anjali Sundar is here for you*, it was a great experience"

And the audience erupted with laughter!

5. Nostalgically remembers his dorm back then 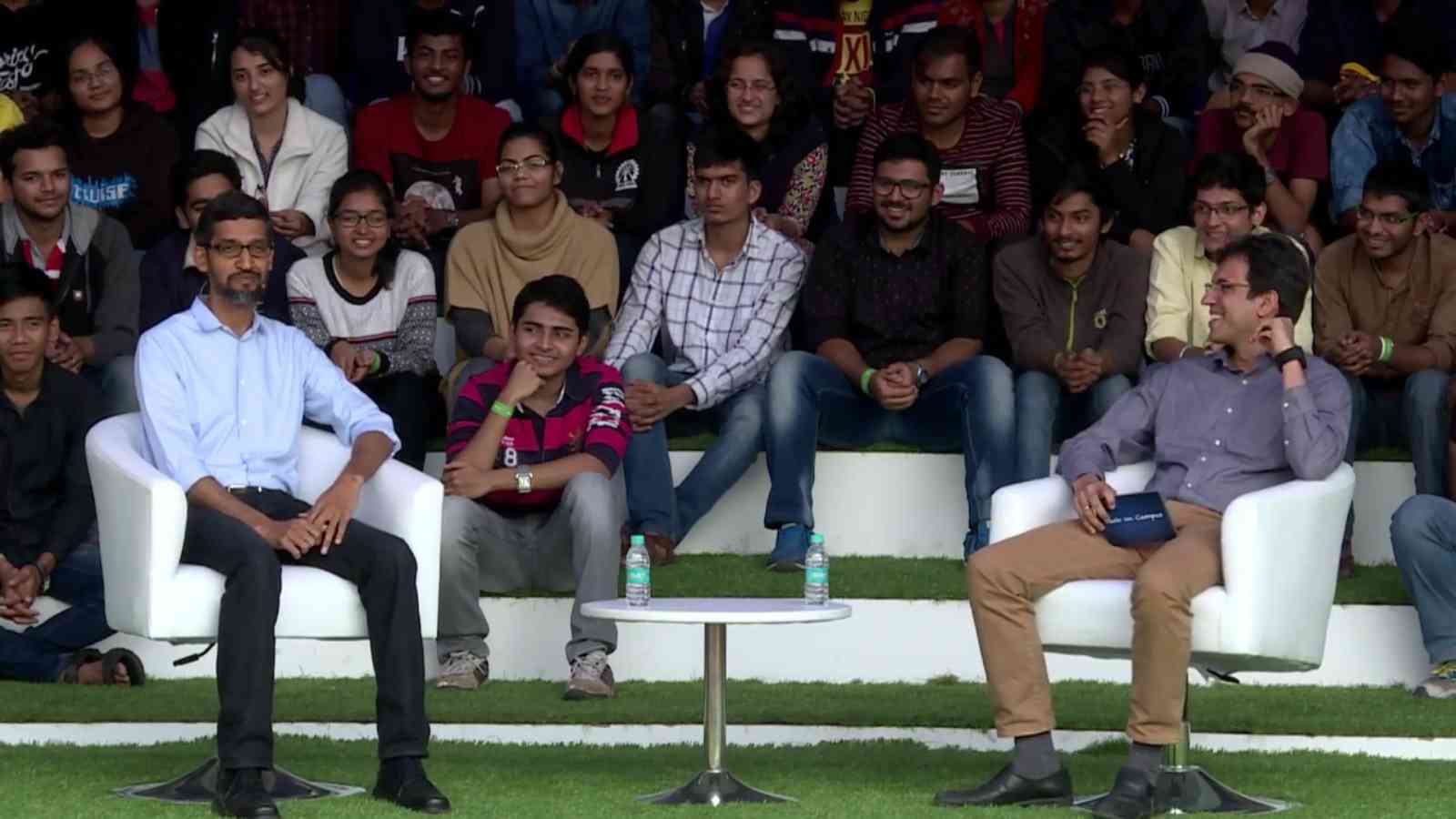 "Even now, when I walk into the Nehru Hall, I find that my dorm is exactly as it was, 25 years ago & I guess some things don't change which is for the good"

6. The craziest thing that Sundar has done on campus 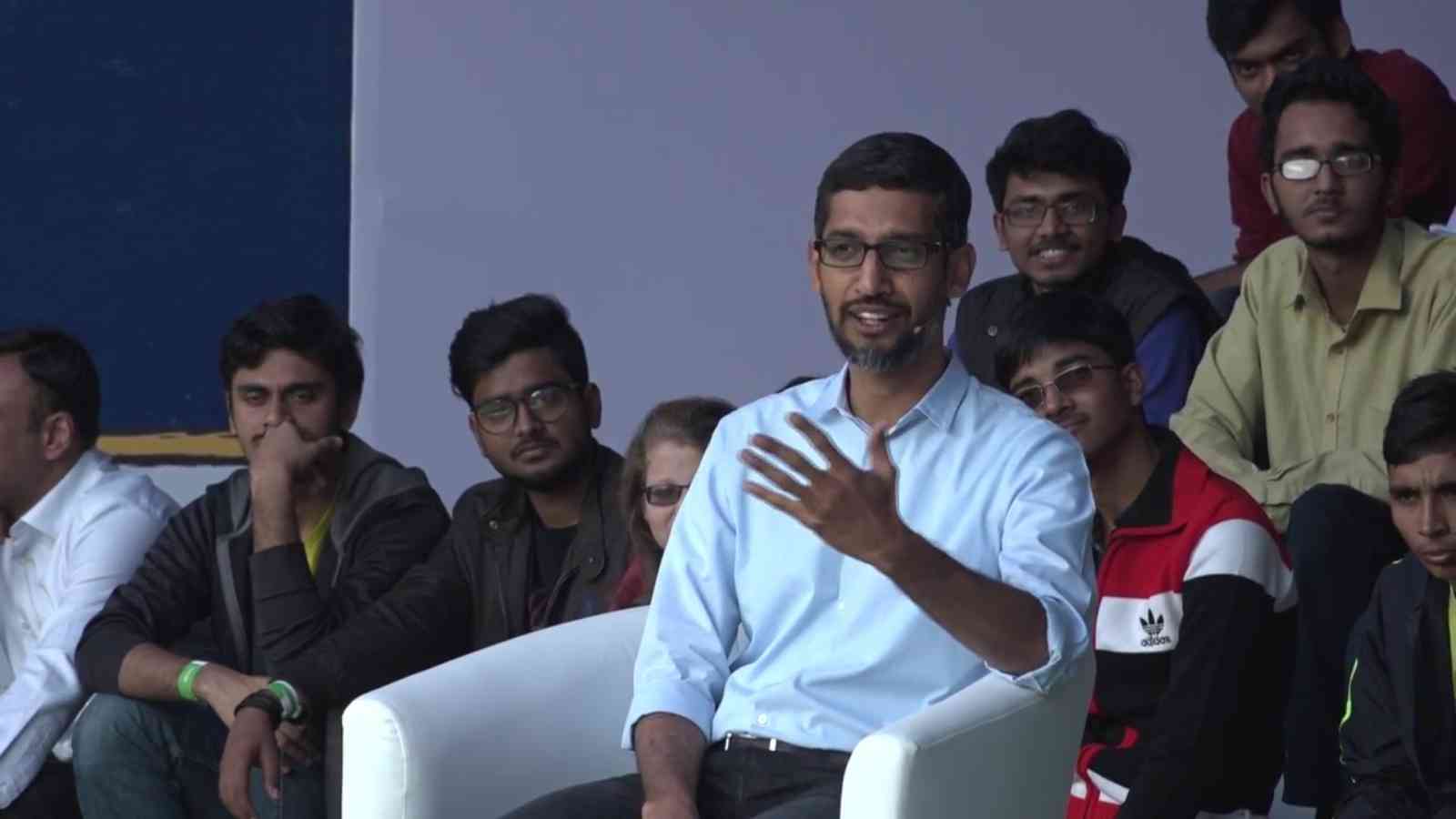 "Of course I have had my fair share of experiences at IIT, like staying up late with my wing mates and missing classes in the morning…"

Guess he was more into studies then!

7. When he thought 'Abey Saale' was the way to address someone!

"I was from the South and was new to the ways here and Hindi. And I called out to a person at a distance in the canteen, Abey Saale! The canteen then had to be shut for a few days!"

8. On Indian startups competing with big MNCs all over

"The Indian companies need to look at other markets similar to India like Vietnam, Thailand etc. for their growth. We all will surely be able to see that in a time-frame of about 5 to 10 years, big companies will come out of India and we all would be used to it."

9. On the Indian culture of following set lanes of education!

"I was surprised when I came to IIT, that people were thinking about IIM just after getting in here. Academics is important but being well rounded is also very essential, doing things, getting those experiences, taking risks and being well-rounded. For example at Stanford people don't choose their major until their final year, to get to know their passions and interests"

10. The next big thing from Google?

"I can't exactly tell you what it is but we are making a huge bet on Machine Learning & Artificial Intelligence. For example, we recently published a paper on detecting Diabetic Retinopathy which is the chief cause of blindness, and it requires advanced ophthalmologists to identify. Our concept can be used by a regular doctor to identify this diabetes early on and can be completely cured!"

11. There are many paths to success, not only IIT

"I see poeple saying that if you don't get into so and so college that's the end of the road, but life is sooo different form that. You don't really have to be an IITian to be successful. We have 60,000 people at Google from all over, even India, from different institutions. You just need to keep your hopes and dreams and try to follow them."

12. Who is Sundar's favourite Bollywood actress?

13. Who is his favorite modern day cricketer?

"I used to listen to the radio when Gavaskar was batting and Sachin Tendulkar started playing when I joined IIT & I follow him, but today, as we have seen in the past few years, Kohli is the player, I never thought that anyone could have an average above 50 in all formats of the game"

The event ended with a commemorative selfie with all the students and the host!

7 most devastating predictions for the future! Last one is nerve-wracking! 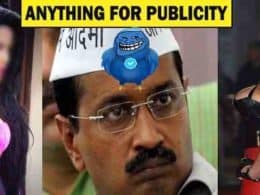 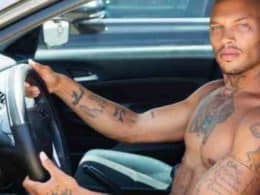